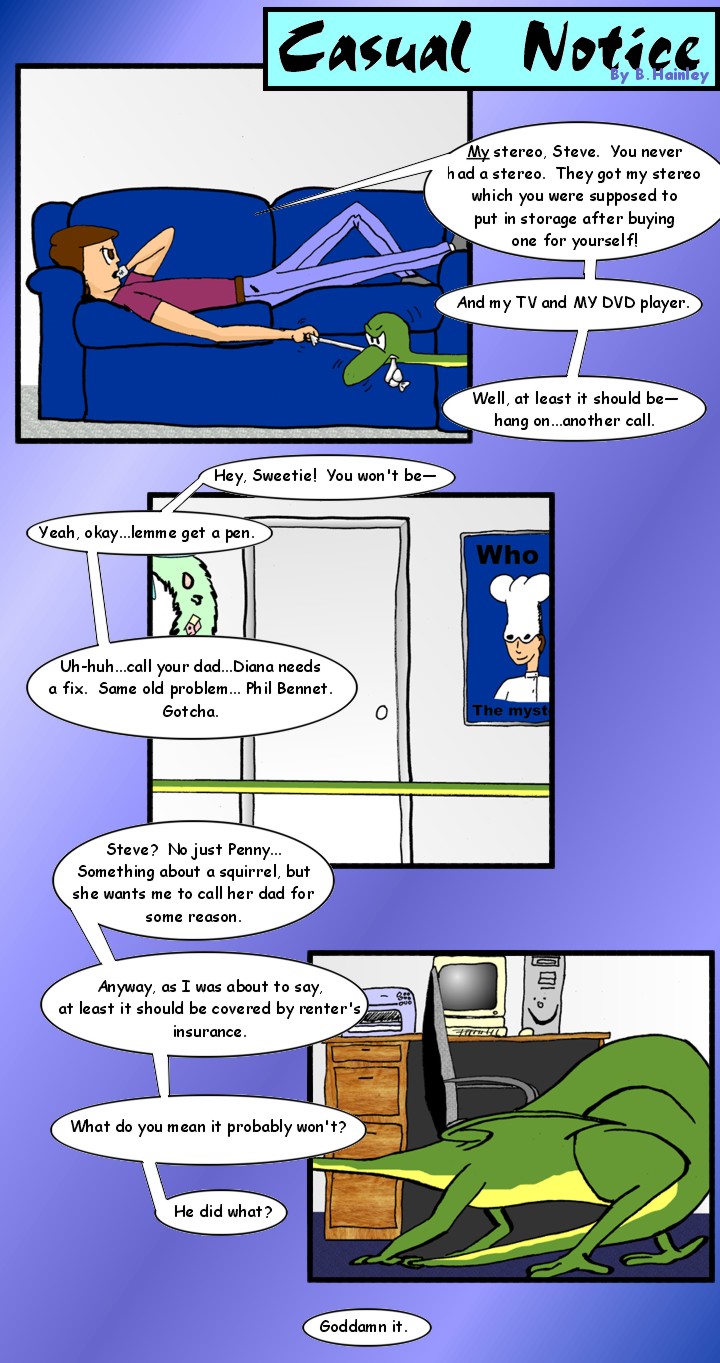 Another one that may be hard to suss out. Schmookie’s pulling on the sock and her neck is stretching down the hall. Meanwhile, Scot’s on the phone with Steve about things that got lost when Steve’s brother left the door to his apartment open. Steve and Scot used to be roommates. Did I mention that? That seems like something I would have mentioned… 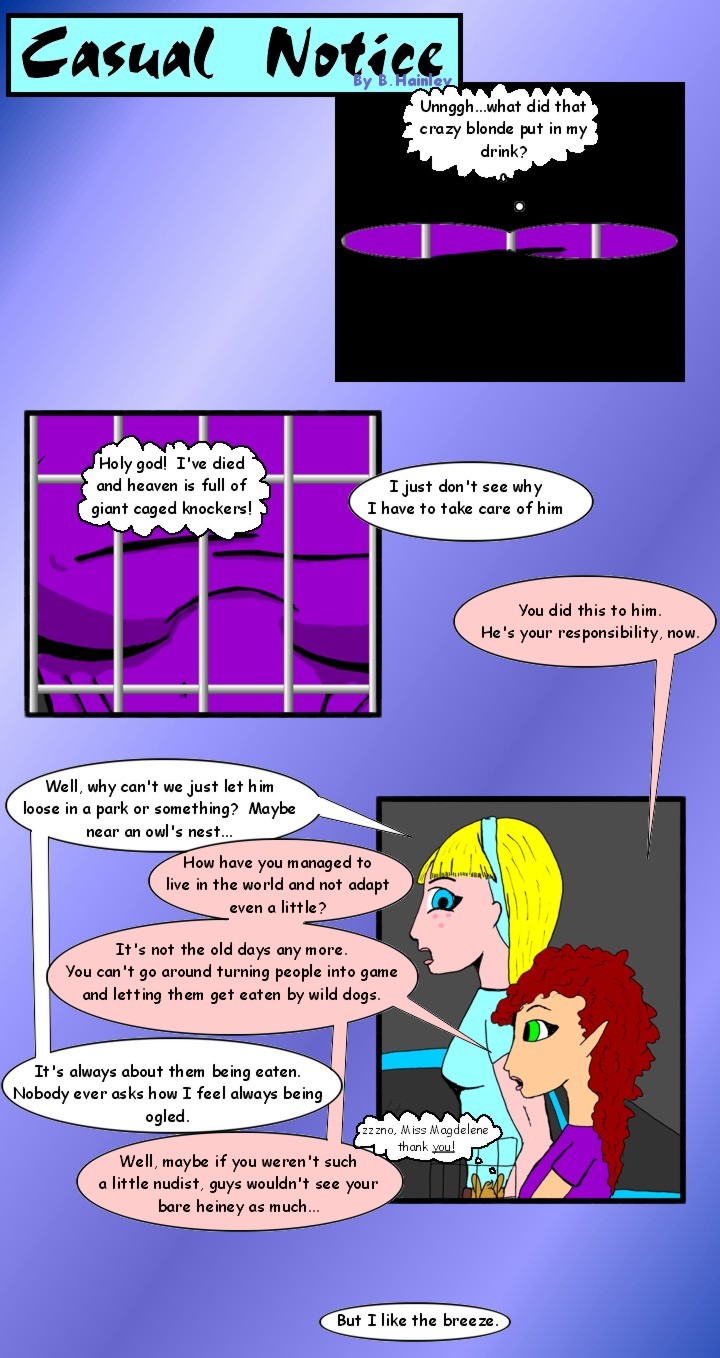 If, like my wife, you’re confused about what’s going on, Diana and Penny are carrying Phil out to Diana’s car. Phil is really drunk and seeing Penny’s breasts pushed up against his cage, he believes he’s died and gone to heaven. I’ve always believed that if you have to explain it, it doesn’t belong on the page.

So, at this time, I had decided that the Wednesday comics ere all going to be short little one-offs ending in Schmookie’s egg hatching, little by little. This, unfortunately, had the effect of breaking up the story comics which were already hard to follow due to the limitations of three-panel comicking.

The comic above addresses an actual issue. Teachers get many fewer days off than we want to believe (and, for the record, they don’t get paid for the couple of weeks they’re off in the summer). Often school holidays are spent, by the teachers, in a thing called “professional development.” Now, back in the day, teachers often fulfilled a professional development or continuing education requirement by attending classes at the nearest college, sometimes working toward an advanced degree, others simply updating their knowledge of their field (or education in general). The costs of these classes were often reimbursed.

At some point, this changed. Local governments stopped trusting teachers to manage their own professional development, and started requiring their attendance at various seminars. To make things worse, these seminars either began as, or quickly became, nothing more than sales presentations. So, a teacher would attend a mandatory seminar on time management, and find him-/her-self trapped in a six-hour commercial for some day planner (this was before smart phones).

Now, of course, with a surprising number of state boards of education in the pocket of a single test-making company, even professional development seminars are a thing of the past. Because teachers are now little more than proctors and mnemonic tools so children can learn to fill in the right dot.

I have a lot of teacher friends, so Casual Notice spends a fair amount of time addressing education and the many and varied ways we’d made it stupid and awful.

I hate the artwork on this one. The inconsistency of my art is something I struggled with for Casual Notice’s entire run. Sometimes I’d be spot on and then–in the next panel–I’d draw something that looked like I was using my feet. While drunk. Wearing combat boots.