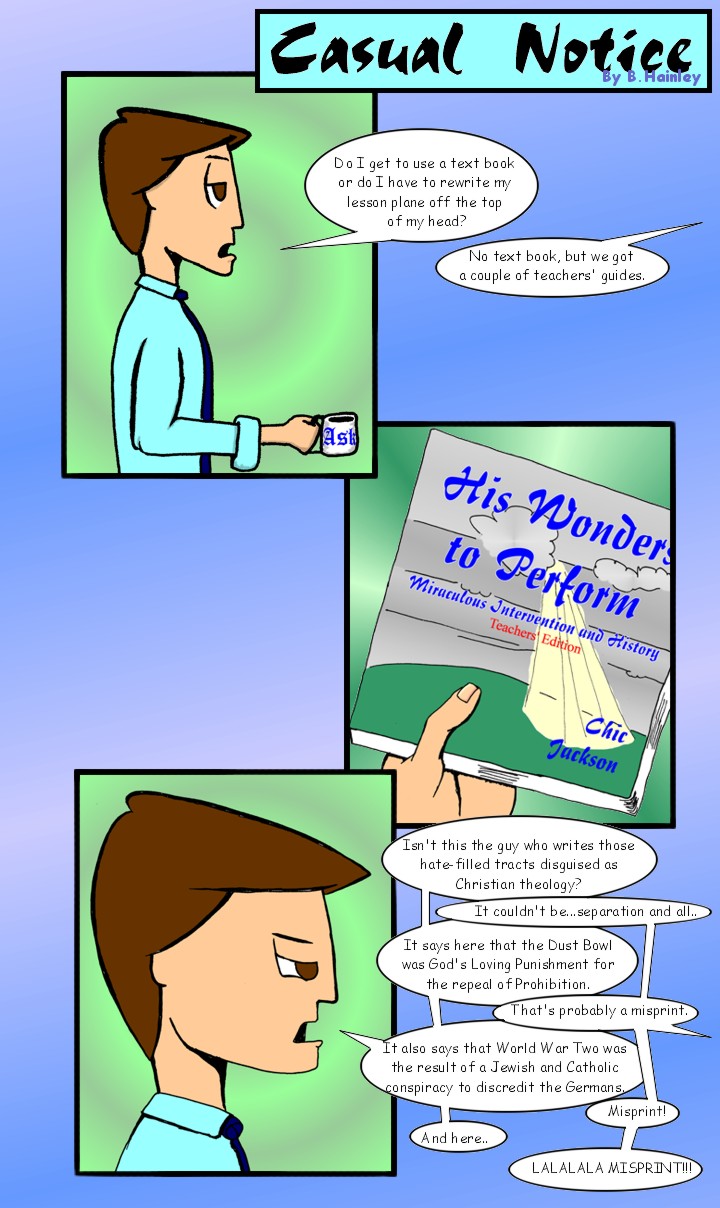 I grew up with Chick Tracts.  To be fair to their paranoid and borderline psychotic author, I have to credit them with sparking my interest in the Christian Bible and in religious philosophy in general.  Sadly, once you begin independent study, you sometimes learn how small the minds of those who inspired you can be.

That being said, while there are a fair number of facts in Chick Tracts, there is also a heaping load of misinformation and misapplied information.  At this time, the best thing I can say about them is that the art is pretty good, and that almost no living Christians think the way Jack Chick does.

At the time I made this comic, I was very concerned with the ongoing battle for children’s minds–a battle that had no business taking place in the public school system.  I still am.  I am not a Christian, but I don’t begrudge them their faith, and it is my sincere belief that science classes must be taught in a way that does not preclude the existence of some sort of Creator being.  This shouldn’t be hard; science is not concerned with the who or the why, simply with the description of what is.  The Big Bang (or Great Expansion, since nit-pickers are obsessed with mild inaccuracies in language) does not preclude the existence or planning of a Creator Deity.  It also does not confirm the Deity’s existence.  That’s the way it should be.

By the same token, Christian groups should not force their beliefs on others’ children.  As in this comic, there is a lot of Christian theosophy that is just counter to the way many people would like their child brought up.  It boils down to this:  If you want your children to be Christians, then it is your responsibility to raise your children that way, but it is not your right to force others to explain away the effect your faith has on their children’s learning. 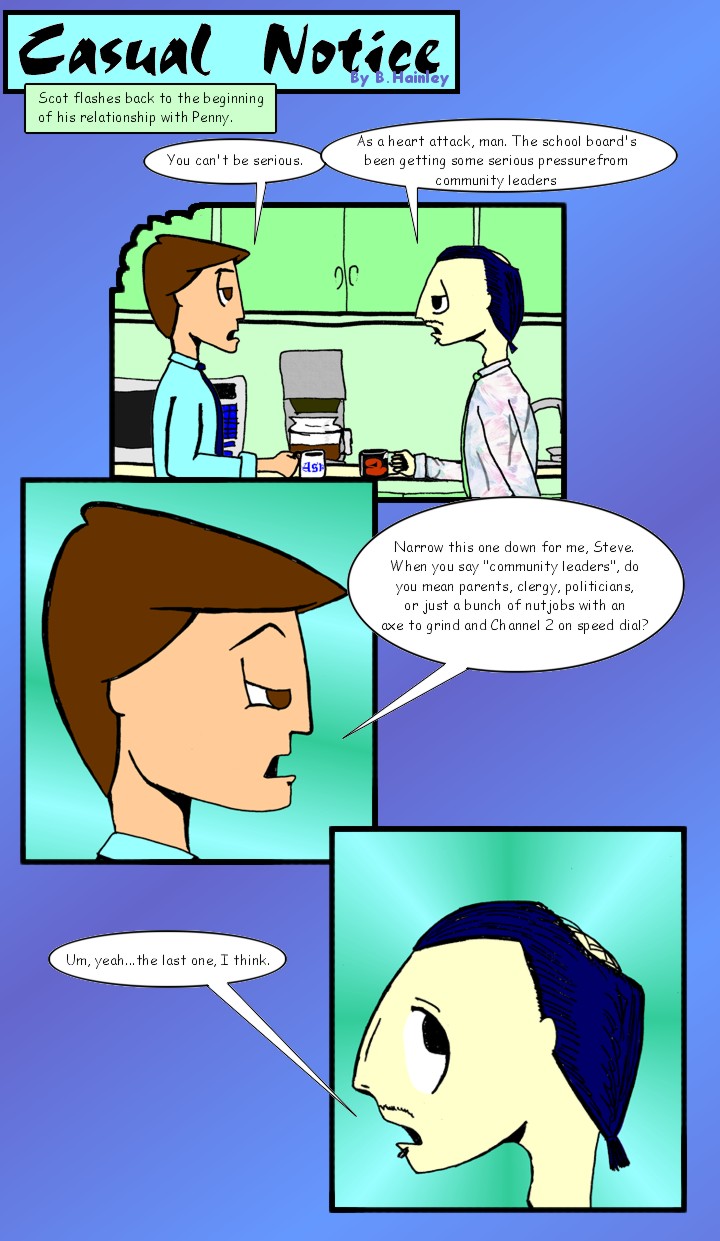 Okay, everyone who’s always wondered who were the “community leaders” referred to in vague pronouncements about why something harmless was suddenly illegal, raise your hand.  Okay, put them down.  No one can see you.