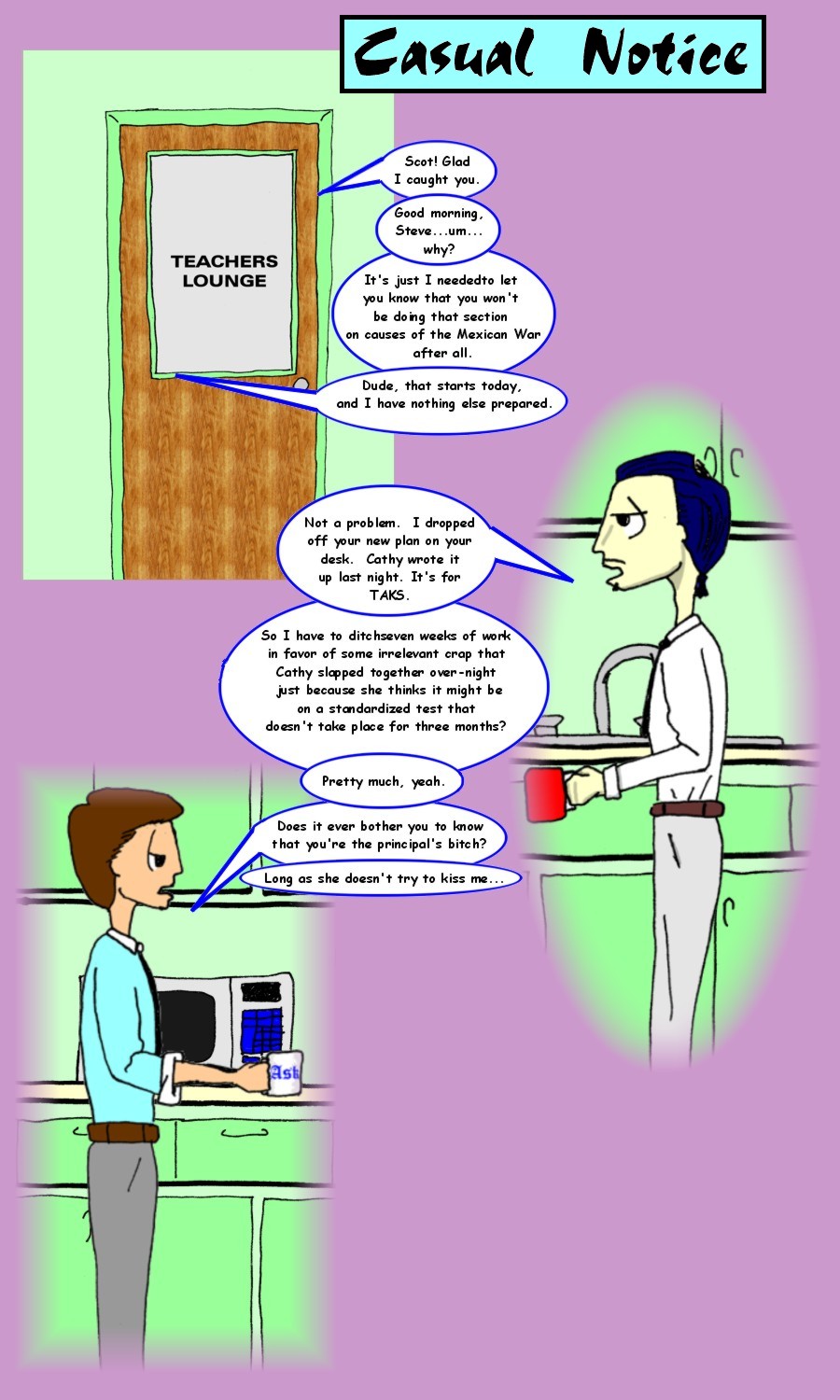 “TAKS” is an acronym for “Test of something something Skills” and was the achievement test established for Texas School assessment under the program that became “No Child Left Behind” when George W. Bush became President and took it to the national stage.  Mind you, prior to the development of the TAKS test, we already had an achievement test, the Test of Academic Achievement and Skills  (TAAS), which was used to determine whether a child would progress past certain grades (I want to say 1st, 5th, 8th, and 12th, but I’m probably wrong).

The first TAKS test took place at about the same time as the first ever statewide test of teachers’ knowledge and skills.  The results were an unmitigated disaster.  Not only did the more difficult TAKS test result in whole school districts failing even minimum standards, but one in five teachers failed the teachers’ assessment test—a general knowledge and aptitude test set at about an 8th grade level of learning.

Needless to say, no one was surprised by the results except for the educational Powers That Be, who immediately fixed the problem by scheduling retests for the teachers that failed an 8th grade exam, and developing policies that essentially restructured school curricula around the “knowledge points” covered by the TAKS.  They maintained a certain plausible deniability regarding accusations that they were teaching to the test by not actually having the teachers read out the letter answers to that year’s test.

It occurred to no one that the same schools and districts that took such a beating were the inner city and deep country schools that had been taking a beating this whole time, especially when the “Robin Hood” plan of redistributing tax income from wealthy districts to poorer districts was repealed.  For some reason, the idea that some districts were failing because they couldn’t afford quality teachers and equipment is (to this day) foreign to some people’s way of thinking.  To be fair, those same areas also seem to suffer from a Culture of Stupid, where anyone who seeks to improve their mind or life is viewed as “thinking they’re better than us” and quickly shoved back into place.

Anyway, the whole idea of forcing a talented teacher to spew out review points for a standardized test seemed hilarious to me.  Especially once the teacher’s Advanced Placement class gets ahold of it.