I am, I have been told, an intellectual elitist. I am oddly okay with that, because my elitism comes from a reliance and insistence on facts. I like facts, because the more of them I have, the better I am able to shape an informed opinion. Unfortunately, it’s getting harder and harder to locate actual facts on the internet. Hence, the elitism.

Mind you, I don’t mind opinions. I love to hear other people’s opinions, and have not, to my knowledge, ever told anyone that their opinion was wrong. Your opinion is yours, and welcome to it. I won’t even say anything if your reason for your opinion is something visceral. “I don’t like gingers because I find red hair and pale skin monumentally creepy,” is a perfectly valid opinion. Just don’t throw out a rationale base on bullshit and expect me not to check your facts. “I don’t like gingers because 87% of red haired people must eat babies to survive,” is not something I will accept at face value. And neither should you. 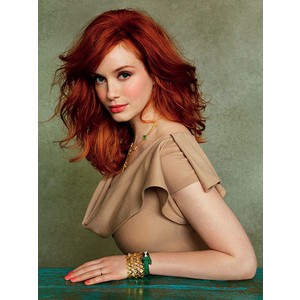 Obviously, this was hyperbole to make a point. I’m sure fewer than half of all gingers regularly eat babies and fewer still have sold their souls to the dark gods that allow clowns to exist. The thing is, it’s only a joke in this one instance. I have had (and I am sure you have, too) more utter bullshit posted and shared to my Facebook timeline than…you know what, I can’t even think of a hyperbolic metaphor.

So, purely as a public service, I am going to share with you my tips for reading the Internet and discerning reliable facts.

Truth is malleable, Facts are absolute, Statistics are meaningless

If you try to live with an open mind, the first thing you discover is that there is no one single truth in anything. You can present any two people with the same set of facts, and both of them will derive completely different ideas that they consider the truth. This is why juries exist. The theory is that getting twelve people to all agree that the defendant committed the crime with knowledge and forethought is difficult enough to rely on a guilty verdict to determine someone’s need for punishment.

The best truths, like jury verdicts, rely mostly on facts, because facts are absolute. A fact is a fact, no matter how many times you look at it; this is called verifiability. However, facts are limited, and have to be stated precisely to be facts. When you say, “Mark Spitz won seven gold medals in swimming at the 1972 Olympics,” you are stating a fact. Here’s another: “At the 1972 Olympics, Mark Spitz won four gold medals for individual competition.”

So, what do these two facts have in common, other than that they are both about Mark Spitz? Well, to begin with, they are extremely specific. All facts have this in common. That specificity makes facts infinitely reliable. You cannot deny that Mark Spitz won seven gold medals in swimming at the 1972 Olympics without misinforming or at least temporizing.

That leads us to statistics. Used properly, statistics are a valuable tool for determining where research should be directed, but they are not, nor will they ever be, facts. By definition, statistics are measures of probability; they are ways to guess at what will happen. On a roll of a standard cubical die, you have a statistical probability of rolling a three 1 out of six times. That does not mean that, if you roll the die six times, that one of those rolls will definitely be a three. It doesn’t even mean that you will roll a three if you roll the die a thousand times, or a million. Probability isn’t guaranteed, nor is it universally verifiable.

Math, no matter what anyone tells you, is simply a language—one used to describe an infinite number of concepts and realities. Statistics are a specific dialect of that language, as separate and distinct from common usage as Middle English is from Facebook discussions. In fact, the rules of statistical language are so taxing that properly expressed statistics are almost impossible for the layman to understand.

Words like “median,” “mean,” and “standard deviation” that sound a little weaselly on their own are absolutely necessary when discussing statistics of any kind. Then you add in “sample size,” “external variables,” and other temporizing words, and you start to get the feeling that those who make their living analyzing and compiling statistics can’t ever just make a direct statement.

That’s all to the good, because statistics cannot provide any information beyond a starting point for further research. Statistics are excellent if you’re a bookie or a scientist looking for a new project, but they’re awful for making and kind of declarative statement. Expressing that “black men make up 38% of state prison populations in the US” doesn’t tell you anything except that almost 2/5’s of male prison inmates are black. It’s a basis to investigate further.

With all due respect to those who derive conclusions from that statistic, it does not mean that the American Justice System is inherently unfair any more than it means that American Blacks live in a culture of criminality. Further, it does nothing to explain how to fix any perceived unfairness or repair a culture that appears (from the outside) to glorify criminal activity. You have to look further for real answers, because statistics don’t give answers, they just point you at the right questions (and even then, they can be misinterpreted).

Everyone has an Agenda

This is not a bad thing. Symbolic expression is designed to influence you. Whether it’s an artist manipulating the elements of the visual world to move your emotions or a cave man jumping up and down and gargling incoherently to get you to help him protect the village against the local giant sloth, people communicate to affect your thoughts and actions. It then becomes your responsibility to ensure that you want your thoughts and actions to respond the way they expect.

Never give a single source your full trust until you have verified what they have to say. Ideally, you look at what their opponent has to say and try to objectively assess their opinion. Be especially careful if someone states that you have to act to solve a problem without adequately describing the problem or supporting their reason for believing that the problem exists.

A good rule of thumb is this: If something you heard or read makes you outraged, check the language, check the facts, and analyze the statistics, because I can guarantee they said it in a way designed to make you feel that way.